Legal News: Adjustment of Procedures for Handling Difficulties of Companies in the Face of the COVID-19 Crisis – Situation in France and in Germany

Endrös-Baum Associés > News > Legal News: Adjustment of Procedures for Handling Difficulties of Companies in the Face of the COVID-19 Crisis – Situation in France and in Germany 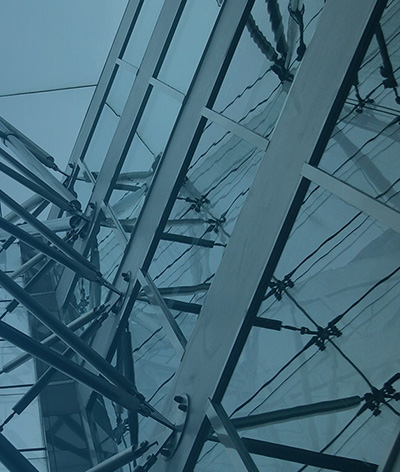 The health crisis linked to the COVID-19 epidemic has had a major impact on companies’ business activity (shutdown, activity reduction).

Independently of the measures taken by states to support companies during this period (short time working measures in France etc), governments also had to implement a certain number of adjustments to the rules relating to companies’ difficulties.

What adjustments to the law on companies in difficulty have been introduced in France and Germany?

Overview of the situation in France

– Adjustment and extension of procedural deadlines

Article 1 of the Order provides that the assessment of the state of cessation of payments shall be made in the light of the company’s situation on 12 March 2020.

However, this provision does not deprive the commercial court of the possibility of postponing this date to an earlier date, pursuant to Article L.631-8 of the French Commercial Code, or to a later date in the event of fraud against creditors’ rights, notwithstanding the consequences of the nullity of the suspect period.

According to the government, the purpose of this measure is to enable companies to benefit from measures and procedures to prevent difficulties, such as conciliation and bankruptcy protection (“sauvegarde”), during the period corresponding to the state of health emergency increased by three months.

If the debtor’s situation worsened, he could always request the opening of receivership or liquidation proceedings (“redressement” or “liquidation judiciaire”).

This provision also allows the legal representatives of the company in difficulty to avoid personal prosecution and sanctions for not having declared the company’s state of insolvency (“état de cessation de paiements”) within the time limit during this period.

Adjustment and extension of procedural deadlines

Conciliation proceedings (Article L 611-6 of the French Commercial Code) are automatically extended for a period equivalent to three months after the end of the state of health emergency.

The president of the court may obtain the plaintiff’s observations by any means.

In accordance with the provisions of Order No. 2020-304 of 25 March 2020 adapting the rules applicable to courts of law ruling in non-criminal matters and to co-ownership contracts, hearings can finally be held using an audio-visual means of communication.

In a press release issued by the chair of the Paris Commercial Court for the prevention and handling of companies’ difficulties on April 5, 2020, it specified the following points in particular:

“As prevention, the General Delegation for Prevention of the Court receives requests for the opening of special mediation and conciliation proceedings on the address prevention@greffe-tc-paris.fr and organizes its hearings by conference call on Tuesdays and Thursdays (except emergencies), after digital delivery of the documentation usually required. Digital processing is also used for mission extensions, extensions of scope, extensions of deadlines, termination of missions, etc.

Overview of the situation in Germany

The COVID-19 pandemic has been the most significant challenge for the German economy since the Federal Republic of Germany was founded.

During this period of crisis, maintaining the provisions of the German Insolvency Law (Insolvenzordnung – InsO) would lead to the bankruptcy of numerous companies solely due to the impact of this pandemic.

In order to avoid such repercussions, the German legislator adopted on 27 March 2020 the « Law on the mitigation of the consequences of the COVID-19 pandemic  under civil law, bankruptcy law (insolvency), and criminal procedure law » (« Gesetz zur Abmilderung der Folgen der COVID-19-Pandemie im Zivil-, Insolvenz- und Strafverfahrensrecht »).

This law adjusted the following general principles of insolvency law:

In principle, there exists a requirement to file an application for the opening of insolvency proceedings in case of cessation of payments (« Zahlungsunfähigkeit ») or over-indebtedness (« Überschuldung ») in accordance with § 15a InsO:

Which, after translation, means that:

This obligation was, however, suspended by the « Law on the mitigation of the consequences of the COVID-19 Pandemic under civil law, bankruptcy law (insolvency), and criminal procedure law » for the period from 1 March to 30 September 2020, with two exceptions.

Indeed, this suspension does not apply if:

In principle, there exists a « prohibition of payment » of creditors after the date of the occurrence of a cessation of payment or over-indebtedness.

However, this prohibition of payment (non-compliance being punishable offence), does not apply to payments which are made after that date with the due diligence of a prudent entrepreneur.

Regarding payments subject to the prohibition, the insolvency administrator has an option. He may indeed ask the reimbursement of such a payment either from the legal representative of the insolvent company or from the third-party beneficiary.

To the extent that the obligation to file an application to open insolvency proceedings is suspended by the « Law on the mitigation of the consequences of the COVID-19 pandemic under civil law, bankruptcy law (insolvency), and criminal procedure law », payments made in the ordinary course of business are considered to be compatible with the due diligence of a prudent and conscientious entrepreneur. This especially applies to payments which serve to maintain or resume business activities or to implement a restructuring plan.

Which, after translation, means that:

The liquidator may challenge legal acts which were performed before the opening of the insolvency proceeding and which disadvantage the creditors of the insolvent company according to §§ 130 to 146,

Therefore, the following acts are not considered to be disadvantageous to the creditors:

This also applies to the reimbursement of shareholder loans or claims arising from legal acts which are economically equivalent to such a loan, but not to the grant of guarantees intended to secure such a reimbursement.

During the suspension period, the grant of loans and guarantees may not be regarded as an contribution contra bonos mores to the delayed filing of an application for the opening of insolvency proceedings either.

Legal acts which enabled the other party to obtain a guarantee or satisfaction to which it was entitled in that manner and at that time may not be challenged in subsequent insolvency proceedings, unless the other party was aware that the debtor’s restructuring and financing efforts were not appropriate to remedy the cessation of payment.

This applies accordingly to:

Any cookies that may not be particularly necessary for the website to function and is used specifically to collect user personal data via analytics, ads, other embedded contents are termed as non-necessary cookies. It is mandatory to procure user consent prior to running these cookies on your website.